Contents
Volume and its sub-dimensions

Overall volume of physical activity is the sum total of all activity accumulated during a given time-frame (e.g. a day, a week, a month, a year). It can be quantified in various metrics, e.g. as the total activity energy expenditure or the total amount of movement. Volume of activity has sub-dimensions which provides further information about the pattern of accumulation; these include intensity, frequency, and duration. We can compare it to the geometric volume of a box which is determined by its underlying three linear dimensions of length, height, and depth. The sub-dimensions are nested within the volume, and we can therefore think of them as features of its composition. Since the sub-dimensions of frequency and duration and either activity type or broad intensity categories of activity are easier to remember than overall volume, many self-report instruments are structured to capture these elements. A single value of average intensity over a longer time-frame such as 24-hour would typically be considered a volume estimate.

Intensity is the rate of energy expenditure of an activity. We can also define intensity as movement intensity, and the two are strongly correlated. The more intense the activity, the greater the metabolic cost per unit of time.

This is a continuous dimension which ranges from very low intensity (sedentary) behaviours, to those which are vigorous and demand high energy expenditure.

The intensity of an activity can be described in units of energy per unit time and often further specified per unit body mass, e.g. Joules per minute per kg. Often, it is described in terms of the Metabolic Equivalent Task (MET), which is a multiple of the individual’s resting energy expenditure.

Activities can be grouped into an ordinal variable according to their intensity, with MET values providing reference points; categories such as sedentary (<1.5 METs), light (1.5 to 3 METs), moderate (3 to 6 METs), and vigorous (> 6 METs) physical activity are commonly used (see Figure P.1.5). The operationalisation of these intensity categories, and the MET values associated with them, is much debated. Moderate-to-vigorous physical activity (MVPA) is an important category of activity due to its relationships with health and its strong prominence in physical activity guidelines.

Figure P.1.5 Classification of activity by intensity using metabolic equivalents (METs). Categories of activity include, light, moderate and vigorous. Sleep and sedentary behaviours (SB) can also be classified by METs.

Intensity can vary from moment to moment over the course of the day (or week or year), as illustrated by Figure P.1.6. This can be summarised as time spent at different intensity levels, normally referred to as the intensity distribution. 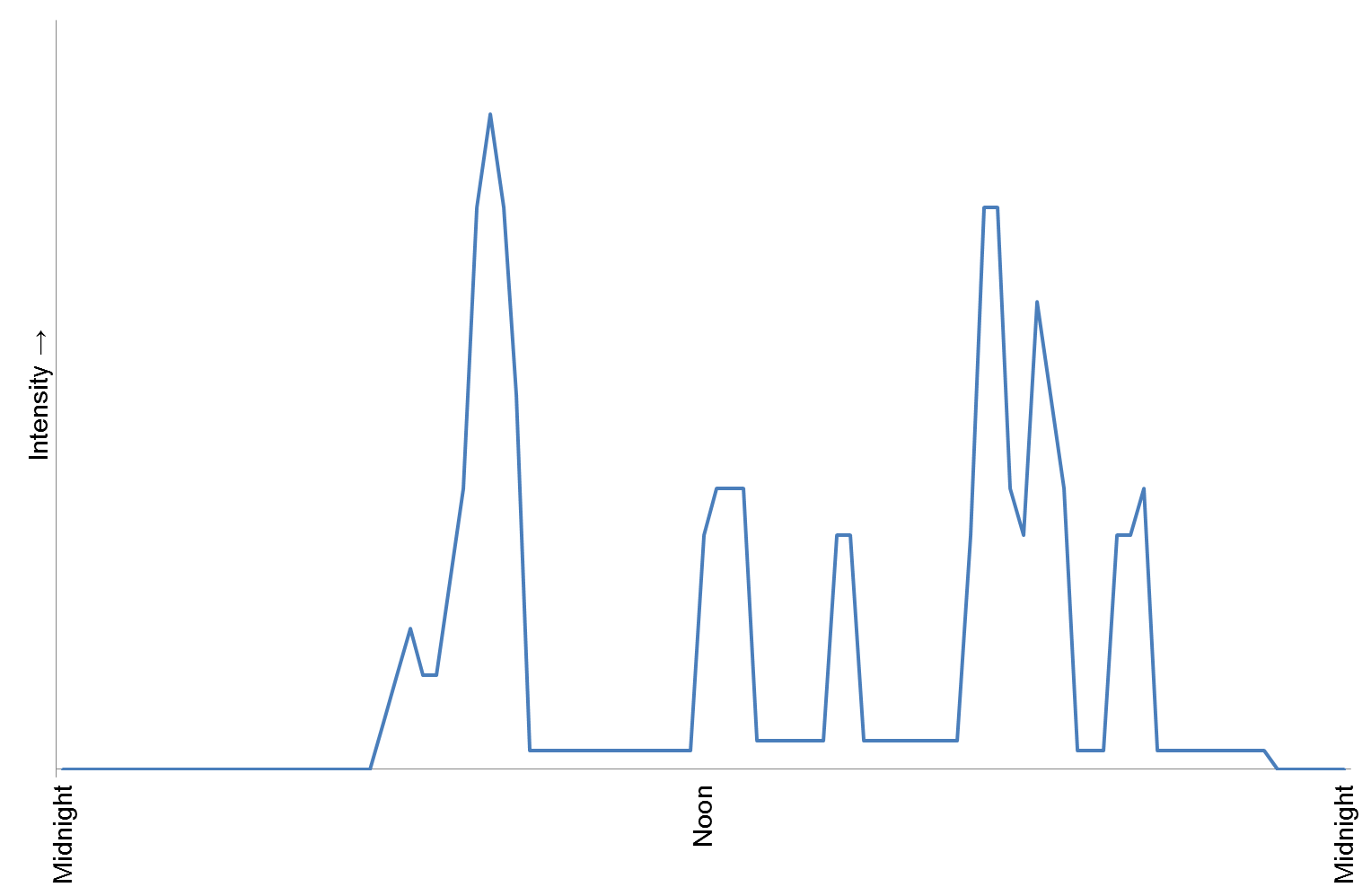 Figure P.1.6 Variation in physical activity intensity with time throughout a 24 hour period. The graph shows a number of activity bouts of different duration and with variable intensity both within and between bouts. The area under each bout is representative of its energy expenditure, while the area under the entire curve is the total daily physical activity energy expenditure.

Duration denotes the time over which the physical activity takes place. We distinguish between the duration of a specific bout of activity and the accumulated duration of multiple activity bouts over a day. An activity bout is normally considered to be a unique activity type occurring within a relatively narrow range of intensity. A bout can vary in duration from very short bouts of only a few seconds (e.g., opening a door) to several hours of continuous activity (e.g. running a marathon). Although activity bouts have a specific start time and end time, the timing per se is not specifically considered under the duration dimension; timing of activity is a separate issue and discussed under the diurnal pattern section on the physical activity variation page.

Frequency denotes the number of occasions (bouts) of activity over a given time frame (e.g. one day, one week, one month, one year). Frequency is one of the most commonly captured activity dimensions by self-report methods.