The measurement errors from the two methods are not positively correlated; they may even (ideally) be negatively correlated (Brage et al, 2004). At lower levels of intensity, heart rate is less accurate at estimating energy expenditure; this is the level that accelerometers generally have low error. Conversely, activities performed at moderate-to-vigorous intensity, especially biomechanically diverse activities, are assessed with great uncertainty with accelerometry but are measured well with heart rate monitoring. Activities not measured well by waist-mounted accelerometers such as cycling, walking on incline, carrying weights and activities involving predominantly upper-body work are also captured by heart rate monitoring (Brage et al., 2005a; Strath et al., 2005).

Table P.3.13 The physical activity dimensions which can be assessed by combined HR+M sensors. 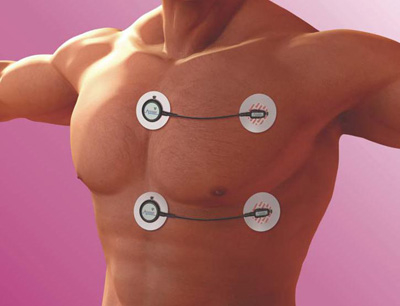 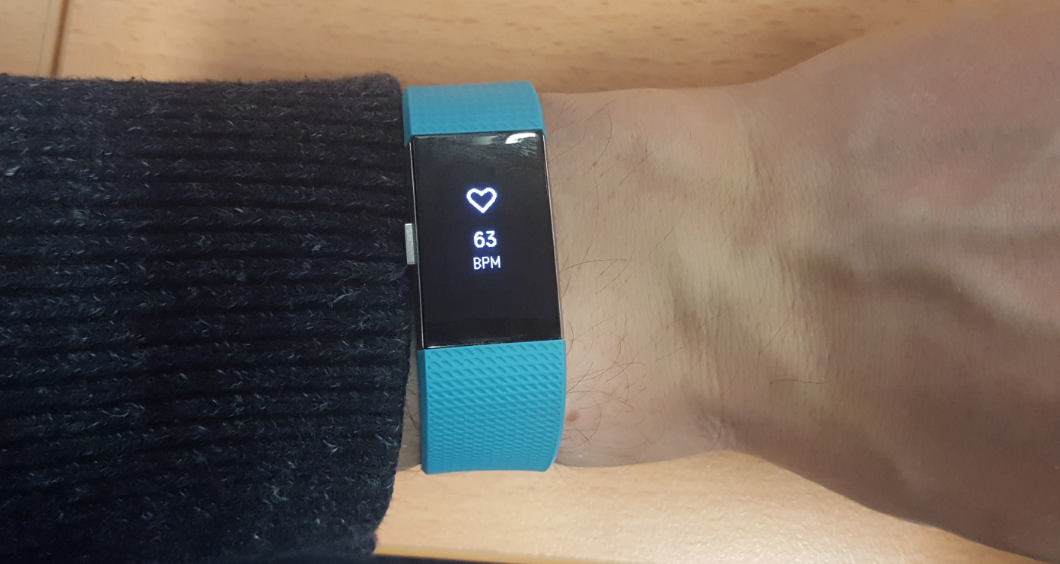 Figure P.3.10 Top panel: Upper and lower positions for ECG electrode-based combined sensor attachment. The accelerometer in this device is placed in the larger round clip orthogonally to the wire axis, thus here orientated to measure accelerations along the longitudinal axis of the body. Bottom panel: Combined heart rate and movement sensor on wrist.

Simple calibration techniques (walk and step test) were shown to achieve acceptable levels of accuracy for the combined technique to be considered as an objective measure in population studies (Brage et al., 2007). 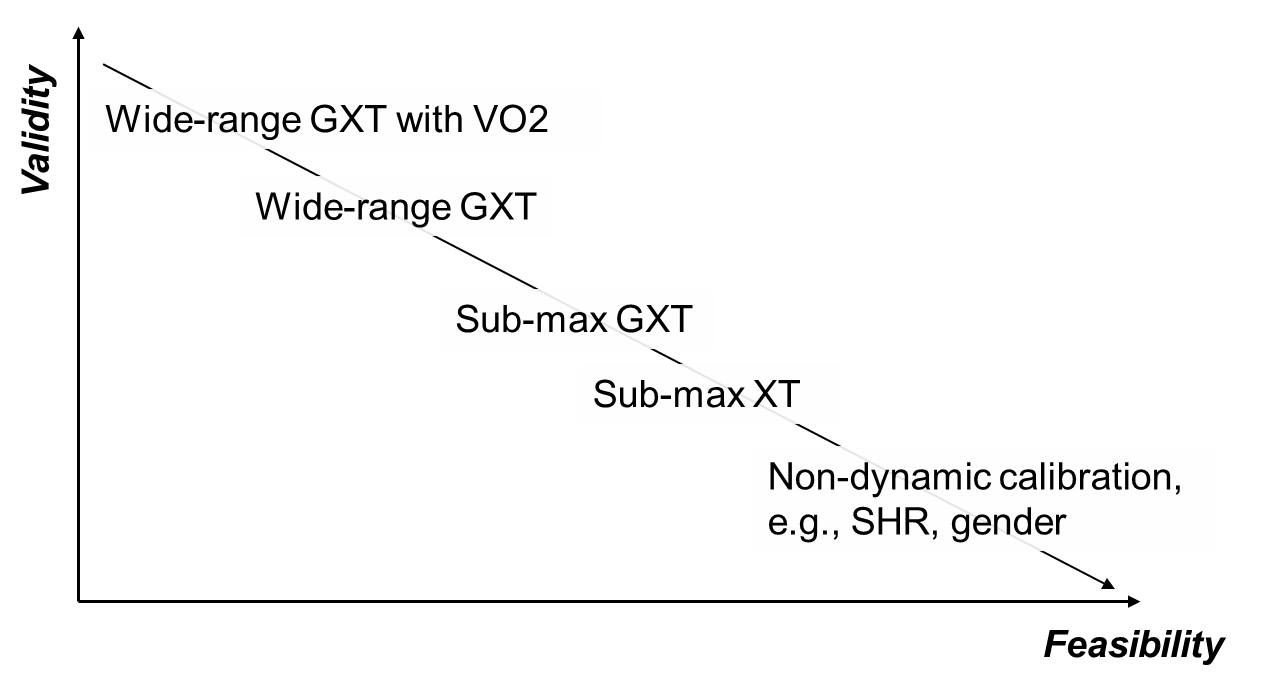 The software of some combined sensor platforms incorporates facilities for conducting exercise tests that permits individual calibration of the HR-EE relationship. Individual calibration may, however, be performed with any device which measures heart rate using graded exercise test protocols (e.g. step frequency audio prompt available from www.mrc-epid.cam.ac.uk). All that is required is that the raw heart rate data are exported and analysed in standard statistical packages with appropriate programming.

When is this method used?
How are estimates of physical activity derived?

There are three main approaches for deriving estimates of physical activity from combined heart rate and acceleration data:

The first study to demonstrate the utility of combined HR+M sensing to improve estimates of physical activity used multiple linear regression (Avons et al., 1988). Further studies showed that using regression analyses to predict energy expenditure from motion sensors combined with heart rate increased explained variance of criterion energy expenditure compared to use of heart rate alone (Haskell et al., 1993; Luke et al., 1997) these earlier studies did not consider individual calibration. Moon et al. (1996) tested 13 linear and non-linear functions, but found that the use of movement sensing to assign heart rate to either an ‘active’ curve, or ‘inactive’ curve resulted in the lowest prediction error (~3.3%). This type of conditional modelling is discussed further below.

Conditional modelling involves different treatment of the same raw value depending upon a set of criteria; “If [condition], then do one thing, if not [condition], then do another thing with the same raw value” (see Figure P.3.12). This commonly results in the raw value being entered into one of a selection of regression equations to predict energy expenditure. The above example from work Moon et al is a form of condition modelling.

Branched equation modelling was examined in a study that used the combination of heart rate monitoring and accelerometry against whole-body calorimetry (Brage et al., 2004). Physical activity energy expenditure was estimated with four different weightings for the accelerometer data and heart rate data depending on the intensity of the activity (Brage et al., 2004). That is, in low levels of movement and heart rate the accelerometry data is mainly relied upon, and at very high intensities only heart rate data are lied upon, with two interim weightings in between. Low to moderate activities performed by adults in a laboratory setting were well-captured by branched equation modelling of the two sources of information (Thompson et al., 2006). Another evaluation of branched equation modelling validated against indirect calorimetry during a wide range of activities in a laboratory setting also reported that this particular technique produces valid estimates (Crouter et al., 2008). Free-living evaluations against DLW in Europe and Africa suggest that the method is valid for predicting PAEE (Assah et al., 2011; Brage et al., 2015; Ojiambo et al, 2012). 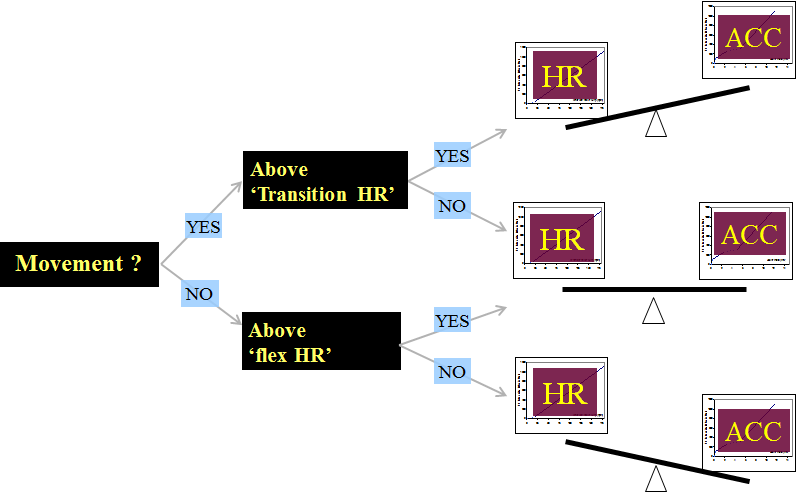 Figure P.3.12 Branched equation modelling is a decision tree for determining the weighting in the weighted average between physical activity intensity determined by heart rate and physical activity intensity determined by accelerometer; the heart rate estimate is weighed the heaviest when both heart rate and movement levels are high, where the accelerometer estimate has greatest weight when both are low. Adapted from: Brage et al., 2004.

Alternative modelling techniques have also been investigated, such as the arm-leg model that accounts for involvement of major muscle groups or only upper limb movement (Strath et al., 2005). Other methods include multivariate adaptive regression splines (MARS) which use multiple segments of polynomial functions that take both local time point inputs and features derived from the time-series data around those local time points (Zakeri et al., 2008).

Irrespective of modelling technique, combined sensing has been shown to accurately reflect physical activity energy expenditure estimation at both a group and individual level.

Non-wearing time segments in non-labelled activity records from free-living are more easily determined from physiological signals than when using an accelerometer alone, since heart rate can only assume a set range of values from sleeping heart rate to maximal heart rate, whereas “no motion” looks the same in accelerometer measurements, regardless being worn or not. However, attention must be given to handling measurement noise in long-term combined sensing recordings obtained during free-living, a phenomenon which is more common in physiological signals such as heart rate (Stegle et al., 2008). Even so, uncertainty of the signals can be quantified which may then be used to make inferences on wear/non-wear (Brage et al., 2015).

An overview of the characteristics of combined HR+M sensors is outlined in Table P.3.14.

Considerations relating to the use of combined HR+M sensors for assessing physical activity are summarised by population in Table P.3.15.

The following resources are usually required in addition to trained personnel:

A list of specific combined heart rate and movement instruments is being developed for this section. In the meantime, please refer to the overall instrument library page by clicking here to open in a new page.