Physical activity consists of multiple quantitative and qualitative dimensions; there is no objective method which can capture each of these simultaneously and in full detail. Some objective methods also have limitations when assessing certain types of activity. Objective measurements take place over a number of days in order to capture habitual physical activity, and the time resolution or sampling frequency (e.g. 100 Hz, one second, one minute, one week) of measures varies between methods.

More advanced objective methods capture and store activity intensity or posture as a time series at high resolution (e.g. accelerometer or heart rate and motions sensor). High resolution data such as this permits derivation of various physical activity outcomes, such as:

Objective methods are mostly unable to capture details on the type or context of activity, although combining tools (e.g. accelerometry and GNSS receivers) and techniques such as activity classification from body-worn sensors are under development.

It is also important to note that estimates of physical activity are only inferred from the initial measurement of a physiological, kinematic, biochemical or environmental phenomenon; the inferences which follow contribute towards the overall method. The relationships between measured values and physical activity estimates used to make such inferences (e.g. time in MVPA) may vary between individuals or populations, meaning individual calibration or population-specific methods may be required to increase validity of assessment. An example of the stages of inference in predicting a physical activity target variable through objective measurement is shown in Figure P.3.1. 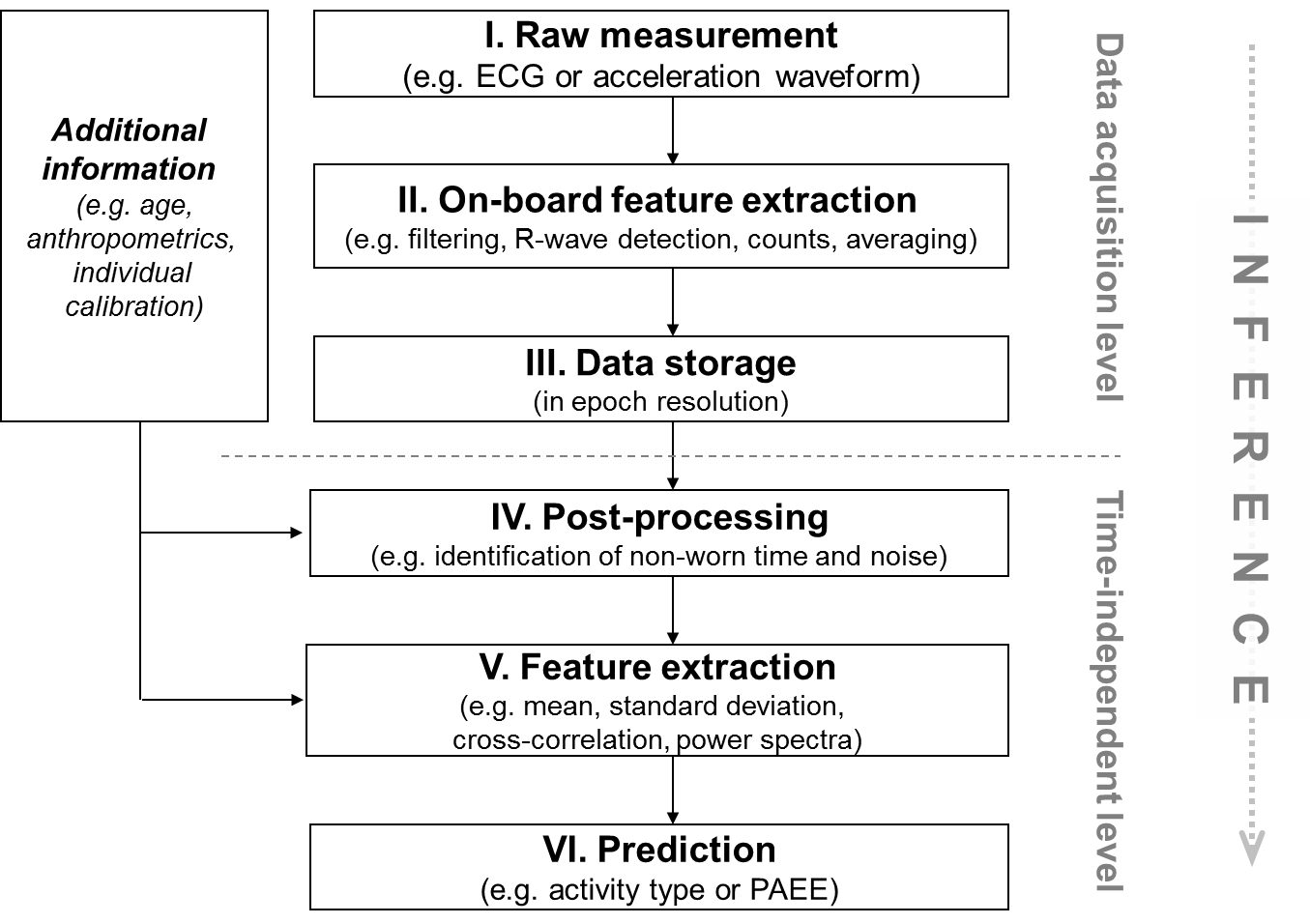 Figure P.3.1 Example of stages of inference for an objective method of physical activity assessment. Adapted from: Corder et al., 2008.

Objective methods for free living physical activity assessment can be broadly grouped into the following categories:

Population health science research is generally more interested in the habitual level of activity, rather than the physical activity occurring during short periods of time, say a couple of hours or on any single day. In order to estimate the latent habitual level of activity, sampling designs consisting of monitoring periods with sufficient duration and frequency to account for the within-individual variation are employed.

When using body-worn devices, measurement protocols specify when devices are to be worn. This includes two elements; firstly the overall duration of the measurement session, e.g. 7 days, and secondly whether the device should be worn 24 hours a day or only during awake-time, with further recommendations to remove the monitor during water-based activities if it is not waterproof.

A challenging issue when using body-worn devices is managing periods of time when the monitor has been removed; this is particularly true for movement-only sensing devices as the monitor will continue to collect data regardless of being worn or not and lack of movement in the time-series could represent:

Identifying which is most likely and taking appropriate action is a difficult but necessary step in data processing. Typically, 24-hour protocols using waterproof monitors worn at comfortable anatomical positions (e.g. wrist) reduce prevalence of non-wear and hence reduce the accompanying risk for bias. However, some non-wear will likely be present in the data, and this requires careful interpretation. The overall goal of this interpretation is to make an inference on the habitual activity of that person.

Algorithms have been developed to identify non-wear time on the basis of consecutive zero movement values (e.g. 60 or 90 minutes) allowing or not allowing for interruptions (e.g. up to two minutes of non-zeros in the 60 or 90 minute period) (Choi et al., 2011; Corder et al., 2008; Masse et al., 2005). For raw acceleration data, zero movement is identified as segments of non-variance, e.g. the use of the standard deviation of x, y, z axes (Doherty et al., 2017; van Hees et al., 2011; van Hees et al., 2014). Concurrent completion of an activity log may also help identify and explain reasons for non-wear segments; however feasibility of data entry and validity of this self-report information may be a hindrance to employing such a design.

Once identified, there are a large number of options for treating non-wear time segments, which vary in terms of complexity and possible introduction of bias. A common (but not necessarily most accurate) practice is to simply exclude non-wear time segments from the summation of activity; however this approach assumes that the average of the included data validly represents also non-monitored time.

Another option to handle this issue is to impute non-wear time using a modelling approach. There are three fundamental methods of data imputation: average replacement, time interpolation, and multi-level statistical modelling using wider population characteristics (Catellier et al., 2005). Options for imputation could include, but are not limited to:

Imputation uses existing data to better estimate what is missing. How close the estimate of the missing value is to its true value depends on how many predictors are used and the correlation with the missing variable (Catellier et al., 2005). Approaches using imputation of non-wear segments using averages from similar time-of-day protect against potential diurnal bias (Brage et al., 2013; van Hees et al., 2011).

Imputation may be more effective on weekdays than weekend days, as weekdays tend to have lower levels of missing data and there is typically more non-missing data on which to base imputation (the monitor will have been worn for more weekdays compared to weekend days).

The definition of criteria to determine which data to include in analyses is an important decision which can impact the validity of estimates. Options include absolute duration (e.g. 10 hours per day and a minimum of 3 days) and percentage of time for an individual’s given day. For 24-hour data, diurnal bias adjustment methods have been suggested (Brage et al., 2013), which may be combined with requirement of valid data in all main segments of the day and for a minimum length of total time (Collings et al., 2014). Alternative methods include the “70/80” rule; a valid day is defined as the period which at least 70% of the population have recorded data and 80% of that period constitutes a minimal day for inclusion in data analysis (Catellier et al., 2005).

If using censoring of days, the threshold duration of daily wear time must be sufficient to remove days when the device was not worn (i.e. not representative of daily activity), but short enough to prevent unnecessary days being removed from analyses, which could mean that there are an insufficient number days to estimate habitual activity levels (Rich et al., 2013). A threshold that is too high could also result in individuals being removed from analyses altogether, which could be a source of bias. If using an absolute threshold for wear time it is necessary to consider the population of interest as waking hours vary with age (Hense et al., 2011).

Irrespective of method chosen to deal with non-complete monitored days, it is also necessary to decide whether to exclude participants with insufficient overall amount of valid data, e.g. number of valid days or total duration of valid time. The number of days required to assess habitual physical activity levels in the study population is normally decided before data collection takes place. However, it is likely that some individuals will not provide the minimum number of days of assessment. Deciding whether to include or exclude such individuals is again a balance between including potentially biased estimates of habitual activity, or loss of data altogether, which could also lead to bias. This decision must be informed by the research question and could be tested using sensitivity analyses.