Contents
What is movement?

Movement is a physical phenomenon which occurs in the 3-dimensional space and has a dynamic element to it defined by time. 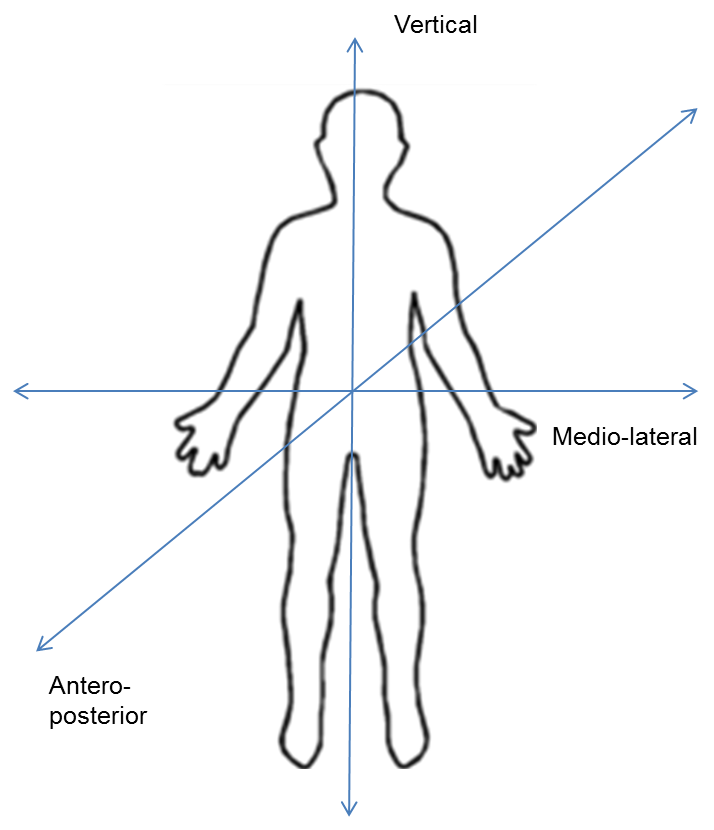 Most human movement occurs at variable speeds; change in movement speed with respect to time is termed acceleration. For example, when we run, the anatomical segments of the body will accelerate and decelerate within each step cycle. We can measure acceleration in one, two, or three directions with accelerometers attached to specific body segments. Such measurements are in the local coordinate system but Gravitational acceleration will also be distributed across measurement axes, relative to vertical in the global coordinate system. Simpler devices include pedometers which also measure movement as a frequency count.

Another class of movement is rotation. The angular speed at which something is rotating can be measured with a gyroscope, which can capture one, two or three dimensions of rotation. Measurements are in the local coordinate system.

Movement can also be captured with a magnetometer which measures the orientation of the device relative to the Earth's magnetic field, i.e. North, South, East and West. Measurements are in the global coordinate system. A combination of triaxial accelerometer, gyroscope and magnetometer is called an inertial measurement unit; this combination allows acceleration measurements to be transformed from local coordinates into global coordinates via the use of Quaternions.

Energy expended by the muscles to produce forces acting across our joints may result in bodily movement. If forces are equal on either side of a joint (antagonists), there will not be any physical movement around that joint. A measure of the movement of one or more of the body's anatomical segments can be used to infer the energy expenditure associated with that movement; the validity of such an inference would depend on the degree of antagonist muscular activity. If the inference is applied to the whole-body level, validity would also depend on the degree to which the movement of one body segment correlates with the movement of all other body segments.