Air displacement plethysmography (ADP) is a two-component model that assesses mass and volume and therefore an estimation of body density (Db). From this, body density derived from mass divided by volume can provide estimation of fat and fat-free mass (FFM).

The trade name for this method is BOD POD and PEA POD (Life measurement, Inc, Concord, CA), which are systems that uses Poisson’s Law to determine body volume. ADP offers several advantages over established reference methods, like underwater weighing, including a quick, comfortable, automated, noninvasive, and safe measurement process, and accommodates various body types. The range of error is ± 1 to 2.7%.

The process is divided into three steps: measurement of mass, volume and thoracic gas volume.

Poisson’s Law describes the pressure – volume relations under conditions that allow gains and losses of temperature and pressure (unlike Boyles law) during expansion and compression whilst the heat content of the air remains constant. The BOD POD contains two chambers, a test chamber and a reference chamber connected by a diaphragm. Oscillations produce pressure changes in the chambers and the ratio of the pressures is a measure of test chamber volume.

Some of the volume of air, however, is still maintained under isothermal conditions that must still be accounted for, for example air contained in the lungs (thoracic gas volume) or near skin/hair and clothing (surface area artefact, SSA). For this reason, tight fitting clothing is worn along with a swimming hat. The estimate of SSA is automatically generated by the instrument.

The measurement of body volume by BOD POD involves the following steps:

Participants must not eat or engage in strenuous exercise for at least 2 hours before the scheduled appointment and should wear minimal, form fitting clothing and use a swimming cap to be worn during the test.

Figure 1 provides an illustration of the BOD POD used for adults (a smaller modified version is used for children and Figure 2 shows the PEA POD used for measuring body composition in infants up to 10kg (taking only 2 minutes). 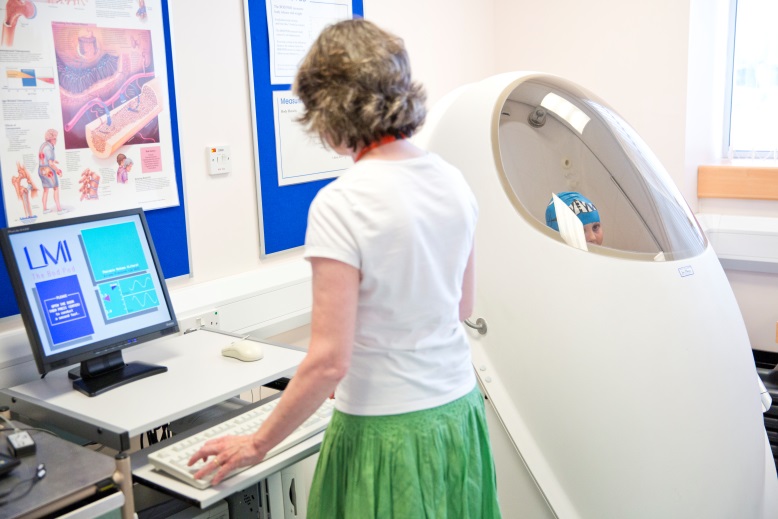 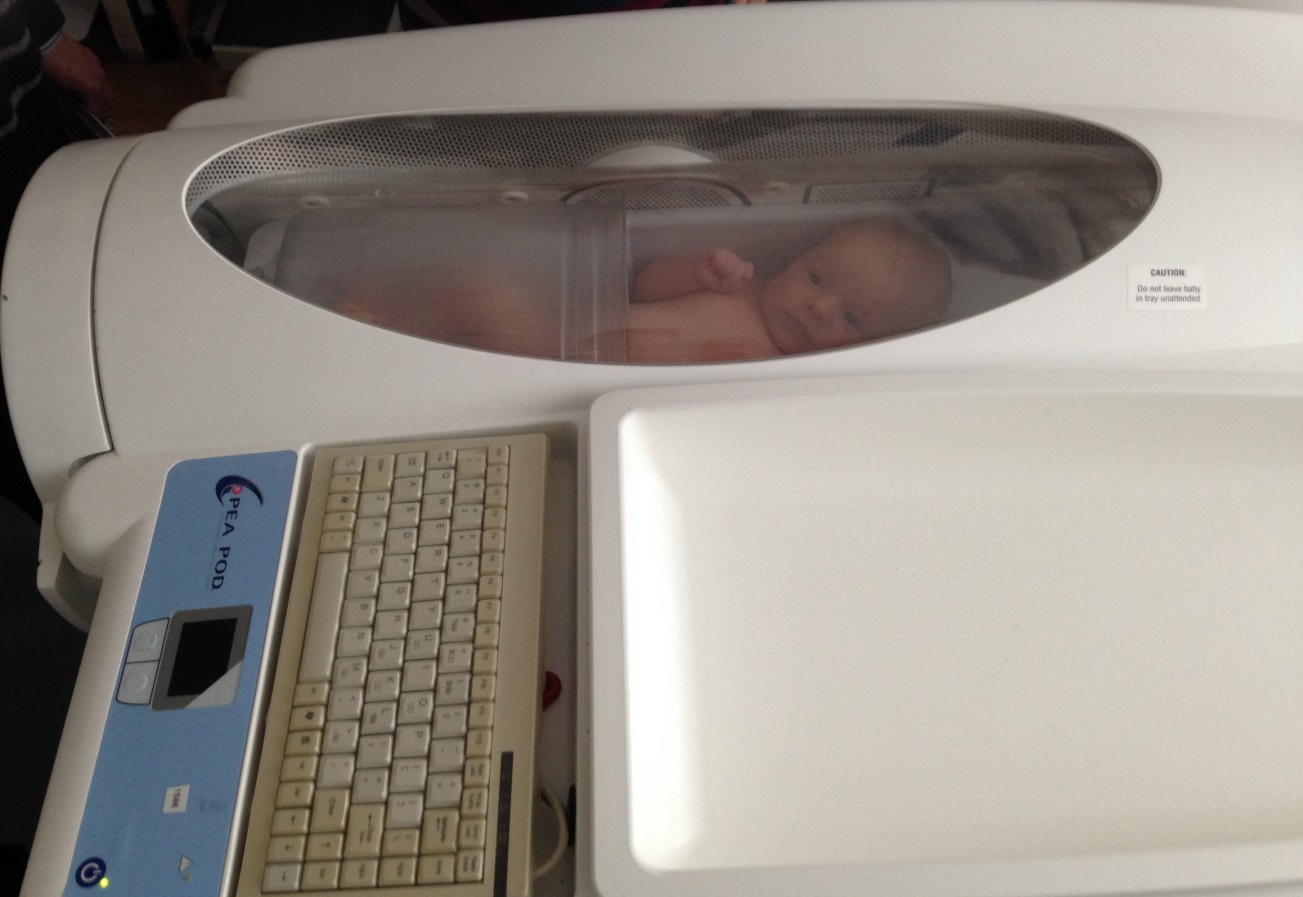 ADP is recognized as a reference method for overall body composition, because of its ease of use and high level of accuracy. If each test is performed correctly according to the recommended guidelines, it is as accurate as hydrostatic (underwater) weighing, but quicker and easier to perform. It is available in some research laboratories, athletic, military, university and health and wellness settings throughout the world. It is normally employed in validation studies and used with other techniques to determine 4-component models.

Using ADP, body composition is predicted from known densities of soft tissue. The density of fat is 0.9kg/L and FFM is 1.2kg/L (taken from cadaver studies). Therefore, by calculating the density of the whole body using mass/volume from the BOD POD, we can calculate how much of the body is fat. A commonly used equation which translates whole body density to percent body fat is the Siri equation:

Once whole body density and fat mass is obtained, the remaining can be associated with FFM:

There are different equations for different ethnicities and children.
An alternative equation for the prediction of body fat in a Caucasian population is Brozek. Schutte et al have derived equations based on black ethnic origins. While, equations for body density in children can be found in Lohman’s review (see references).

An overview of the characteristics of air displacement plethysmography is outlined in Table 1.

Considerations relating to the use of air displacement plethysmography are summarised by population in Table 2.

Previously, obtaining reliable infant body composition data has been difficult, with available methods limited by inaccuracy, practicality, invasiveness, and safety. The PEA POD has solved some of these issues by offering more accurate and precise measurements of infant (up to 10kg) body fat and fat-free mass quickly (2 mins), safely, and comfortably using its patented and proven air displacement plethysmography. However, the use of this technique for longitudinal assessment of body composition between 1 and 4 years of age might still be limited due to the practical constraints mentioned above.